Beer and burger lovers can join the ranks of New Bern locals and frequent visitors who have discovered a wealth of great tastes at the downtown Beer Army Burger Company. Featuring an ever-changing selection of incredible regional and national brews on tap, this destination is an exceptional spot to satisfy a beer and burger craving after a long day of exploring historic New Bern.

The Beer Army Burger Company is located in the heart of the downtown area along Pollock Street, and as the name would aptly suggest, the eatery specializes in burgers and brews. There are 16 rotating taps at the Beer Army Burger Company as well as two house beers, which are served up in the cool downtown restaurant with a 25 foot mahogany bar. The menu is a perfect complement to the assortment of brews, with a wide array of burgers and toppings, sandwiches, and even a few desserts for beer fans with a sweet tooth. With a modern atmosphere that nonetheless features historic architectural details, beer fans can soak up the authentic surroundings of the downtown area with every sip. Offering plenty of great tastes, the Beer Army Burger Company is where brew and burger devotees go to satisfy a big appetite.


Is this your business? Update your listing by messaging us 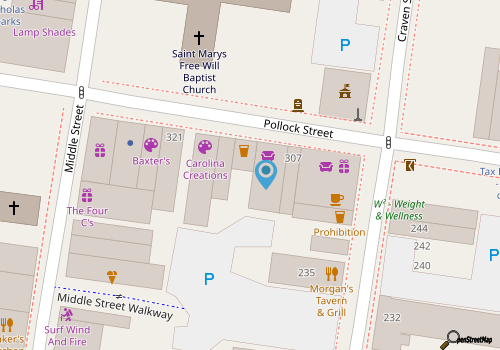