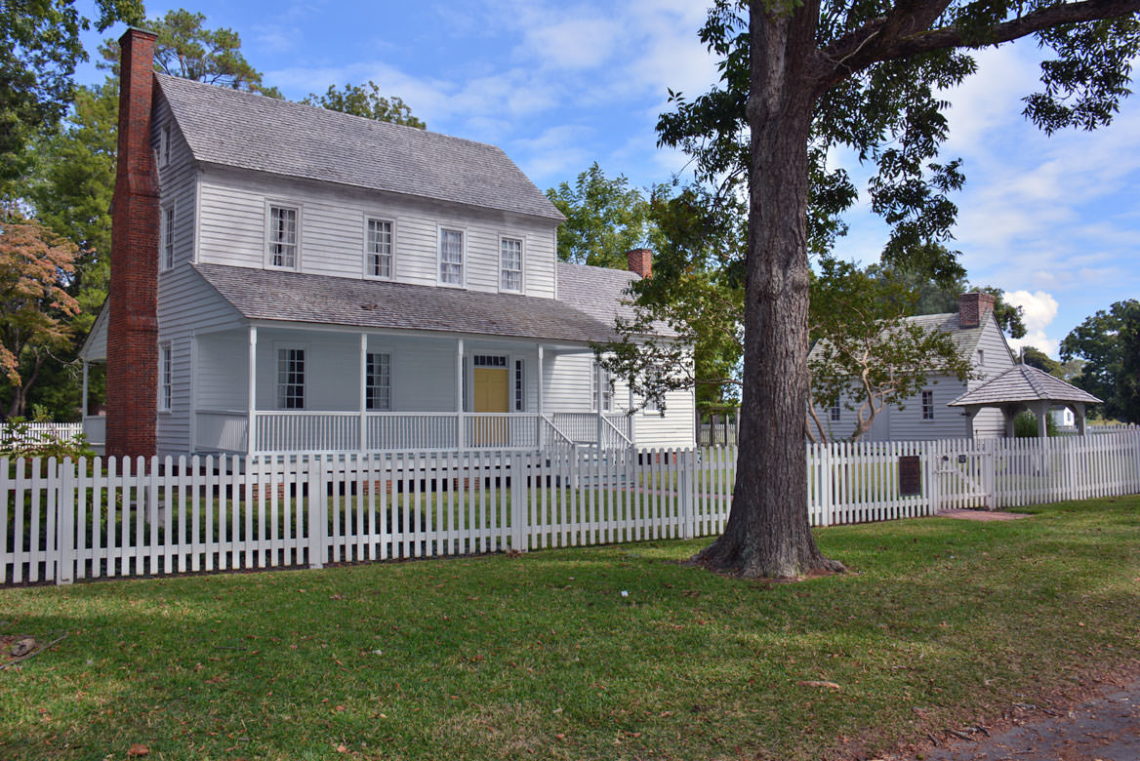 European settlement near the Pamlico River in the 1690's led to the creation of Bath, North Carolina's first town, in 1705. The town's location seemed ideal with easy access to the river and the Atlantic Ocean 50 miles away--at Ocracoke Inlet. 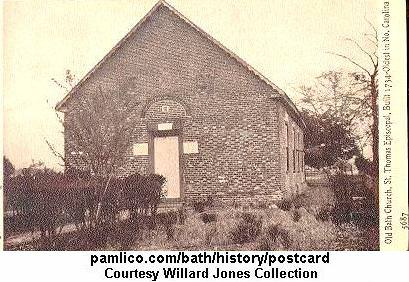 The first settlers were French- Protestants from Virginia. Among early English inhabitants were John Lawson, surveyor general of the colony and author of the first history of Carolina (1709), and Christopher Gale, first chief justice of the colony. 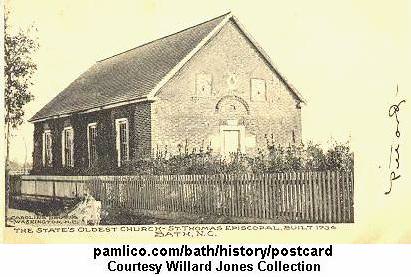 By 1708, Bath consisted of twelve houses and about 50 people Trade in naval stores, furs, and tobacco was important, and Bath became the first port of entry into North Carolina. In 1707 a grist mill and the colony's first shipyard were established in the town. A library sent to St. Thomas Parish in 1701 became the first public library in the colony. The parish also established a free school for Indians and blacks. 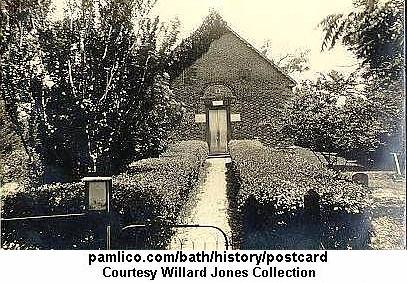 Early Bath was disturbed by political rivaries, epidemics, Indian wars, and piracy. Cary's Rebellion (1711) was an armed struggle over religion and politics in the colony. An epidemic of yellow fever and a severe drought occurred in 1711. The Tuscarora War between the weakened settlers and the powerful Tuscarora Indians followed immediately. Bath became a refuge for the surround ing area until the Indian power was broken. Bath was also the haunt of Edward Teach, better known as the pirate ''Blackbeard.'' An expedition of the British Navy killed him in a naval battle near Ocracoke in 1718. 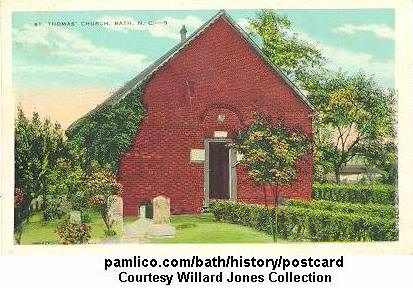 Later Bath offered a more peaceful, settled life. The first Beaufort County courthouse was built in the town in 1723. Construction of St. Thomas Church, oldest existing church in the state, began in 1734. Ferry service was established across the Pamlico River, and a post road linked Bath to New Bern and Edenton. In 1751, Captain Michael Coutanch, a merchant, legislator, and commissioner for Bath and Portsmouth, built the Palmer-Marsh House, Bath's oldest and in the colonial period its largest residence. Col. Robert Palmer, surveyor general, collector for Port Bath, and member of the Governor's Council, later owned the house. 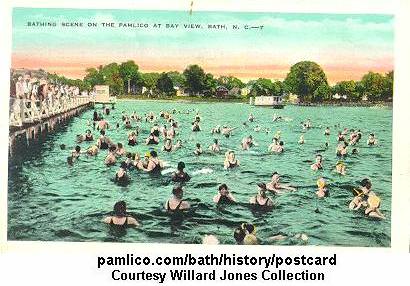 The General Assembly met in Bath in 1743, 1744 and 1752. In 1746 the town was considered for capital of the colony. Governors Robert Daniel, Thomas Cary, Charles Eden, and Matthew Rowan made Bath their home for a time, as did Edward Moseley, long time speaker of the assembly. 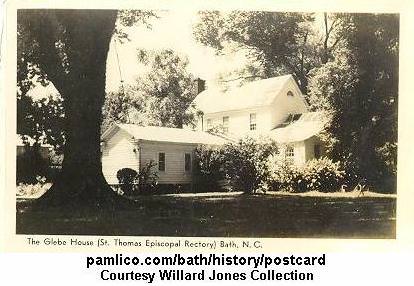 In 1776 a new town, Washington, was formed 15 miles up the Pamlico River. When Beaufort County government moved there in 1785, Bath lost most of its importance and trade. 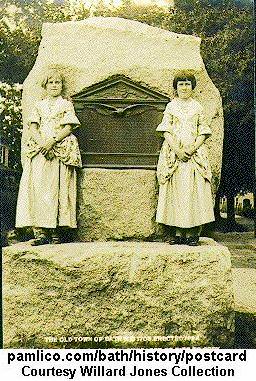 In the early 19th century, the Marsh and Bonner families and Jacob Van Der Veer added to the vitality of the town as merchants, shippers and active citizens. Van Der Veer manufactured rope outside of town and was a partner with Joseph Bonner in an early steam sawmill. Bonner also operated a turpentine distillery.

Bath was spared from Union occupation, common in coastal North Carolina, during the Civil War.

By the turn of the century, Bath had improved land transportation. Waterborne activities also increased as several large sawmills were operated nearby.

Yet Bath remains a small village. Restoration efforts in Bath have saved the St. Thomas Church, the Palmer-Marsh House, the c. 1790 Van Der Veer House, and the c. 1830 Bonner House. The original town limits are the boundaries of a National Register historic district. 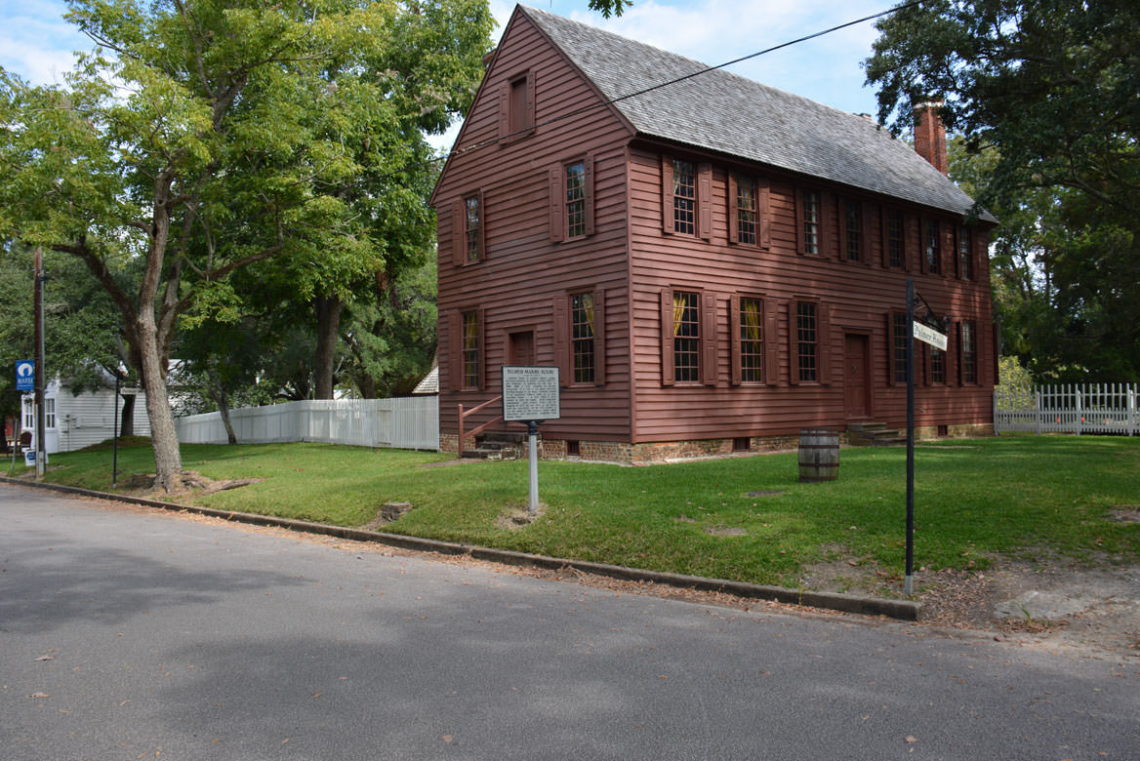 The small community of Bath hasn't changed that much since it was officially established in 1705, and locals and long-time visitors wouldn't have it any other way. The small town, barely over a square mile in area, hugs the waterfront of the Pamlico River and Bath Creek in virtually every direction, and is well stocked with historic residences and buildings that pay tribute to a rich history filled with pirates, Indian wars, and fierce political rivalries. 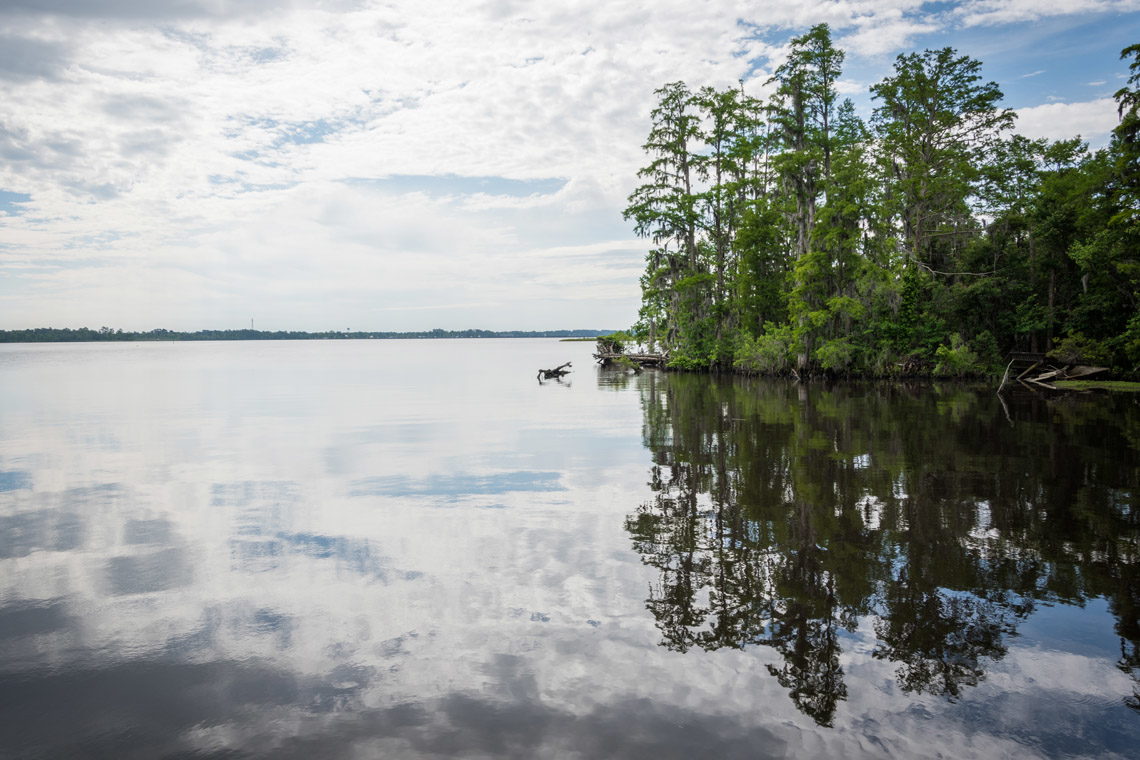 Glenburnie Park is a scenic public park that’s located just northeast of the heart of Downtown New Bern. Tucked along the Neuse River in a primarily residential section of town, the park is a popular destination for visitors and locals alike who want to enjoy a wild and natural day by the water. 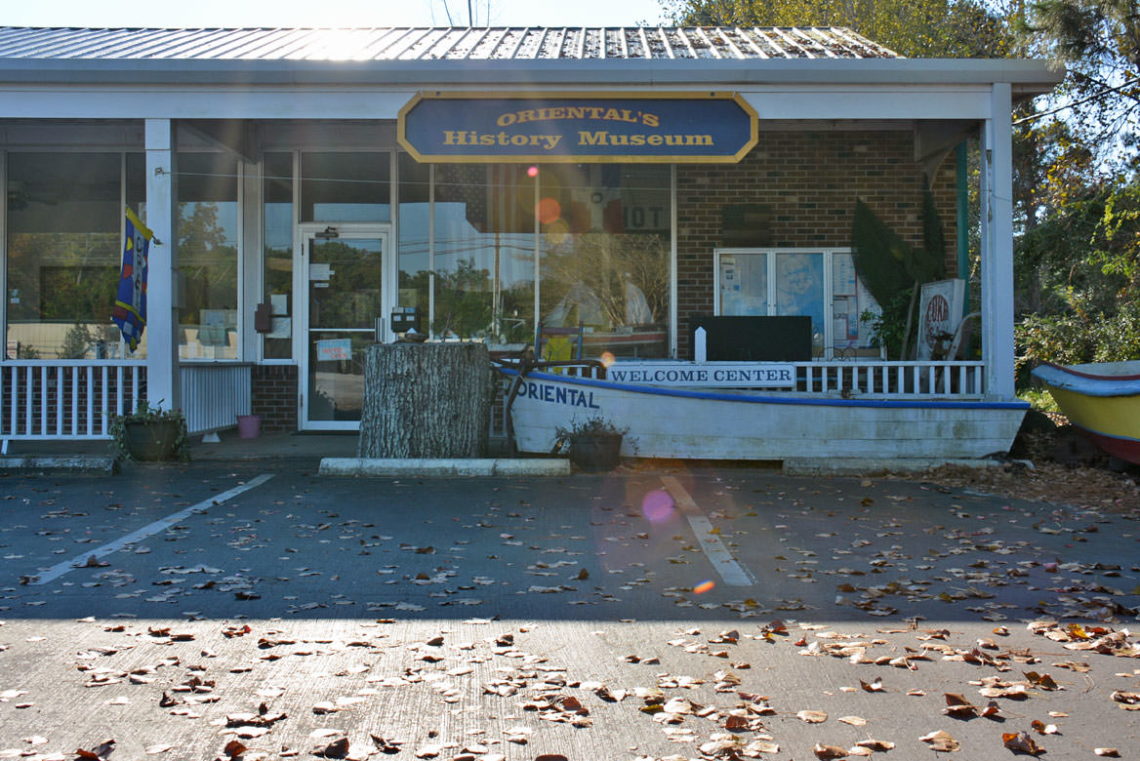 The Oriental History Museum is one of Oriental's "newest" attractions, and since opening its storefront doors less than a decade ago, the museum has welcomed thousands of visitors in search of an inside-look of Oriental's celebrated maritime history. Located in a small brick shopping center, and perfectly in place with its downtown surroundings, a visit to this museum is an easy-going adventure where patrons can take a step back in time, and uncover the everyday household items and local treasures that make this coastal town a genuinely distinctive community.